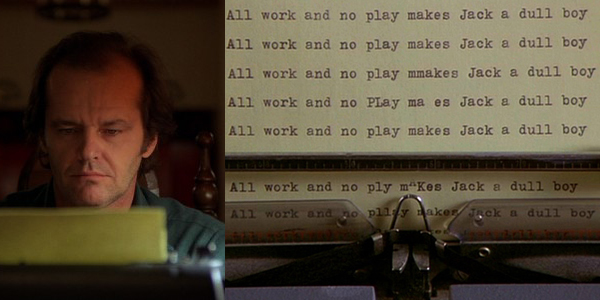 A couple weeks ago a writer friend of mine, Amanda Leduc, asked me to stop being weird and participate in this blog hop deal. Where somebody tags you and one other writer, and you answer a few questions about your writing process and such, and then suggest a couple more writers to carry it on. So yeah, I did it.

The two other writers I roped into this thing are Andrew Forbes, a very published writer of sports fiction, shorts fiction and hillbilly mayhem, and Jess Taylor, National Magazine Award champion for fiction and also champion for emerging writers in Toronto. Check out their sites and I’ll write some more about them after my answers to the questions.

Also check out my blog kin for this little project, Liz Windhorst Harmer. She is Leduc’s old timey friend from Steeltown and also a winner of things like the NMA, and an excellent writer of fiction and creative non-fiction, and she wrote The Hunger Games just for shits and giggles…

So yeah, here it is:

What am I working on?

Right now I’m still hammering out a bunch of short stories to round out this collection, Debris, which is getting published in 2015 by Biblioasis. I had enough stories to fill that sucker, but my editor, John Metcalf, has been partial to some of the recent stories I’ve written and they’ve been landing in journals pretty consistently. We’ve got some months to figure it out, and it doesn’t look like there’ll be a lot of heavy edits, so I’m just finishing them and sending them over to Metcalf (and to journals) to see what sticks.

I’ve also got secret news about possibilities for a novel, finished early in 2013 and promptly sold to nowhere. This thing is going to get reworked, properly and with a proper editor, and we’ll see if it can’t do some damage when it’s ready.

How does my work differ from others of its genre?

I think it depends what kind of genre it gets lumped into. Sometimes my work gets thrown in with writing that has similar subject matter, or a bunch of cussing and violence, stories considered “edgy.” Since Can Lit tends to suffer from a dearth of actually good writing in that territory (other than a few very good writers, some of whom I’m unlucky enough to know), they tend to lump a lot of us together if we write things that are unpleasant or about characters from the wrong side of the tracks. For the most part, my writing is a lot more traditional than some “similar” writers in the way the sentences are set down, and there are rarely stories that try hard to situate themselves with geographical specifics or pop-culture references. There is also about a zero percent chance of any of my work being written in first person, present tense.

The kind of writing I put out there is most closely related to the work of American writers like Cormac McCarthy or Daniel Woodrell. Mainly because I flat-out stole from them as far as writing style and sentence construction, and set that over whatever I learned from reading Hemingway. It is safe to say I’m worse than all of those writers and probably always will be, but the fact that I’m a few decades younger, with different country and unique settings and characters to draw from, tends to set it apart a little bit. The perspective of the work is definitely different than say, the work of Woodrell (who I think is the closest in style), and I’m getting to where I think the voice itself has gone from being too spare or too cobbled together, to something that stands apart from these other influences.

Otherwise, comparisons to other contemporaries are not a real strong suit for me, because, as a bunch of other writers will tell you, I’m probably the worst at reading new work of any writer in the history of writing. Hasn’t ruined me so far, but it baffles a lot of people.

Why do I write what I do?

It has been pretty simple for me as far as the material I write about and the way I go about writing it. As I mentioned, I have a long way to go to get near the high watermark set by writers I look up to, but I am confident that what I’m writing about and where I’m trying to get to is the only real route that makes sense for me. I don’t read or write much for escapism, in as far as I care as little about what it’s like to be a stock broker as I do as what it would be like to be a wizard (actually, far, far less). I’m a miserable shit for reading and like a bunch of realism and a bit of mythology in the blood and guts of it. I write a lot of what I know or what I could know if things went sideways at some point or another.

But mainly, I think the life and death matters, and matters that affect the working class, speak to me most and will always dominate the writing. I’ve got very little use for ponderings and elaborate psychologies that characters mete out for you because they don’t know who the fuck they are. I’m also fascinated by the natural world, wildernesses and how they act on the lives of characters, and the lives of actual people. I’ve tried to write a little more about folks in an urban setting, but all that means is figuring out how that environment stands in for the woods or the rivers. Sometimes it is not as much of a stretch as it seems.

How does my writing process work?

I get most of my material and ideas from my own experience and from things I’ve seen firsthand, which is no shocker. But even for stories that I’ve written based on things external to my own sort of wheelhouse, I focus on character and narrative voice far more than plot. In a very un-artsy sort of move, I plan almost every story point by point and almost always follow that outline. Interesting things tend to happen in the gaps between, but it is pretty straightforward as far as process goes.

One thing I don’t follow is the write-however-many-words-a-day type deal, though I know it works for a lot a writers out there. I think you are working as long as you are thinking about the writing, and if you have a very intense focus on the work when you do sit down to write. As I’ve gotten along in my writing I write less and less throwaway stuff. I think I’ve figured out the most of what I’m trying to do, and the voice I’m going for, and I spent so much time writing without other eyeballs on the work that I think I’m fairly ruthless with cutting fat from a story and being honest with myself if something isn’t working. Like everybody else, I sometimes have to abandon something that looked promising at the start, sometimes cannibalize it later for another story. All in all, I end up trying to drill a solid first draft (going back and re-reading it in downtime), and then I do one big revision with major fixes, and one last clean-up job for typos and technical errors. After then it’s mostly over with and I start filling envelopes.

There it was. If you have any questions or complaints about anything I wrote feel free to email Amanda Leduc or call her on the phone between 4-5:30am to discuss it. In the meantime, thanks to Amanda for getting me into this. Now go and check out what Liz Windhorst Harmer threw down today (or will at some point). I’m sure it will be profound and you will have a 12% chance of soiling yourself.

On September 1st, keep an eye out for what Mr. Forbes and Ms. Taylor have to say. Here is some more info on those weirdos:

Andrew Forbes is a fiction writer and co-founder of the literary sportswriting website The Barnstormer. His stories have appeared or are forthcoming in The Feathertale Review, Found Press, PRISM International, The New Quarterly, Scrivener Creative Review, The Journey Prize Stories 25, This Magazine, Hobart, and The Puritan. Forbes’ debut story collection, What You Need, is getting published in 2015 by Invisible Publishing.

Jess Taylor is the host and founder of The Emerging Writers Reading Series. She writes poems, stories, novels, and songs. Sometimes she draws and paints. She co-edited Echolocation Magazine and blogs for The Puritan’s Town Crier. Most recently, her work was published in Little Brother, Little Fiction, Great Lakes Review, and Emerge Literary Journal. Her story Paul, published by Little Brother, won the Gold National Magazine Award for fiction in July 2014.

That’s all I got. Cheers. KH