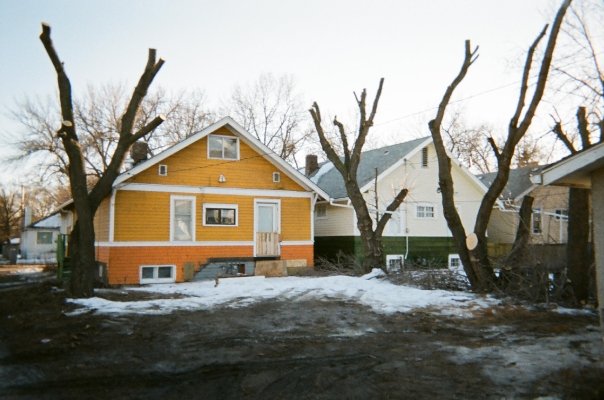 This summer I found out that a story I wrote called “Hunted by coyotes” will be published in The New Quarterly, an excellent Canadian literary Journal out of Waterloo. I’d figured that story to be DOA everywhere, as it was the first one I wrote after finishing my latest novel (yet unsold and likely to forever be in Canada… go USA). This one was written right after I’d come out the back end of the Journey Prize events, where my story “To have to wait” went down in the finals. There were definitely a bunch of things to work though to clean the plumbing before busting through bloody to the next wave of short fiction writing, so I figured this story would be in the wind and I’d cannibalize it later for other work. Hilariously, not to be…

“Hunted by coyotes” was goddamned long (over ten thousand words I believe), and needed a good whupping to get right. Given the limited options you have for submitting stories of that length, I sent it out sparingly and moved on to other tales. Of that new crop I had two published so far. “We gotta save the leg” was snagged earlier in the year by Little Fiction, and “Bandits” was published soon thereafter by The Puritan. The latter was also pretty damn long, so it was heartening to see it find a home. Then I heard from Pamela Mulloy at TNQ about not quitting on “Hunted by coyotes”, and having another run at it with her suggestions in mind. I sort of knew all of the things that were wrong with that story right off the bat, and, with a bunch of time and thousands more words gone by, Pamela’s edit really nailed the necessary tweaks for “Hunted by coyotes,” so I had no problem taking an axe to it. In the end we got it sorted and it was accepted for publication. The story is about a bunch of sales agents working all over Alberta during the height of the oilsands boom, with the lead character watching his friends fall off one by one over the course of a year as the job wears on them. The story also involves gun-wielding hillbillies, chinooks, Fort McMurray, methamphetamine, and coyotes.

The biggest problem I ever had with this story is that the material comes from a particularly ridiculous portion of my life that I had trouble writing about without either wanting to put a hole in the wall, or laying down every goddamned idiotic event that ever happened during this time because it seemed to absurd to not tell and too personal to let go. I think I finally got into a spot where I could do so for the most part, but it took another set of eyeballs on it to work out what to lose or sharpen up without compromising the atmosphere of tedium and randomness in the lives of the characters in the story. Seeing that material in print will be a fairly surreal experience. Feels like another life now, weird as hell and baffling throughout, made worthwhile only by the hours spent writing and learning Muay Thai ruckus, and by a handful of folks I met that helped me keep my shit together through years of prairie mayhem.

You will likely see “Hunted by coyotes” in the January issue of TNQ, so keep an eye out. I’ll post on here when I got more info about it.

Otherwise, there were a few of supplementary things that came out around my most recently published story, “Bandits,” all of them in collusion with The Puritan and the excellent people at their blog, The Town Crier. This summer was pure chaos and I didn’t get a chance to put these links up on here as I promised, so here they all are:
1) Author Notes: Puritan authors discussing craft, and, in this case, hillbilly crime.
2) Of Music and Fiction – An ongoing series where Puritan writers talk about the influence of music on their work.
3) The link to “Bandits” in issue XI of The Puritan (scroll down and hit the wee speaker icon for secret audio of me reading part of the story). Just in case you ain’t read this yet and don’t want to catch a spinning backfist to the ear.
No Agent No Cry

Oh yeah, and I don’t have an agent anymore, as mine up and quit the business. I’m still on with Transatlantic Agency out of Toronto while they see if another agent wants to take a crack at the novel, but I may start querying some US agents as the novel essentially got burnt for this country. I’ve been focusing on the probably real potential of getting a collection of stories done at a very good publisher around here, but the novel isn’t exactly a piece of shit, so I’m going to see if we can’t get it out after all, even if it goes south of the border.

That is all I got for now. There are a bunch more stories flying around and waiting on editorial boards and the like, so I’ll post if anything else drops.

Peace out folks. Beer o’clock is nigh…